Leaving the Dead Things Behind

Yesterday I went on a walk to clear my head, and ponder over some tough things that have happened in the past couple of weeks.  I did not intend to walk as far as I did, but it felt so good.  Sometimes the best thing we can do is turn everything off, and go somewhere outside and just breathe in some clean air and listen for God's voice.

As I walked some things became pretty clear in my mind.

We are in the middle of the season of dead things.  As I walked along the trail yesterday and looked out at the expanse of all that was before me I realized that just like the seasons, we have seasons in our lives, pretty much constantly.  God is constantly bringing us through death and regrowth.  Whether it is something that he needs us to do better (like loving those that aren't making right choices), or getting rid of people in our lives that are only causing us hurt, pain, and manipulation.  He wants us to get rid of those things in our life that aren't growing.

Getting rid of dead things is kind of a painful process.  I feel like it is the end of letting something go.  When it finally dies, we have to decide whether we will pick it up and throw it away, or keep letting it rot inside of us, destroying everything good that is in us, too.

We can keep the memories, the good things...but we have to completely get rid of the dead.

Growth can't happen if all the pain, hurt, sadness, and sorrow is constantly being held on to. 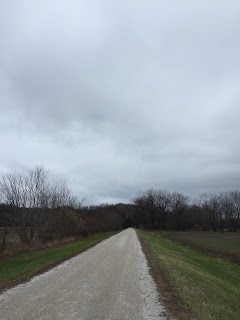 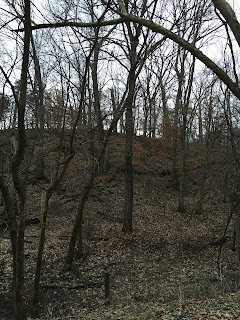 So, as I walked I gave up the things that I was holding on to.  The expectations of someone who clearly does not want to love or be loved.  The words that were said that have the possibility of tearing me down, and ruining everything that I have worked on becoming over the past year.  I gave up the relationship and the things about the relationship that were truly not of God.

I left behind the control that person had over me.  He no longer gets to determine my worth.  It is not found in him.  His words have no value on who I am as a person or as a creation of the living God.

I leave behind those things....and I look forward to the growth of hope for the future. 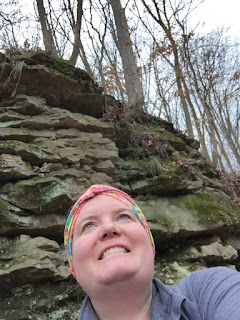